We had a lot of ground to cover on our four week trip around the vast plains of India but as a lifelong sufferer of travel sickness I avoid busses and cars like the plague, unless it is me that’s driving of course. And although I’ve driven cars and motorhomes in many countries all over the world I would draw the line at venturing onto the roads of India behind the wheel. I just don’t think I have the right kind of craziness and I am far too polite. I’d never make it more than 1 mile in a day because I’d be the one patiently waiting my turn whilst every other road user cuts me up and squeezes past. To me, a red traffic light means stop. To an Indian a red light means squeeze your way through impossibly small gaps until you get to the front of the queue of everyone else basically trying to do the same as you. If you get fed up squeezing then just drive past the lights and the seated policemen reading the daily newspaper, up onto the pavement, squeezing past the chai sellers and sleeping cattle, and continue on your way. Nope, it wasn’t for me and it was decided that we were to either use trains or planes when traveling to Varanasi and beyond.

The first leg of our trip was from Chennai, in the southern state of Tamil Nadu, up to the spiritual capital of India, Varanasi, in Uttar Pradesh. As it was a pretty long way we opted for a couple of flights in preference to a train to save time however straight away we hit a hurdle. We discovered within a day or two of our arrival in the country that India likes its festivals. There is seemingly a festival for everything and everyone and these nationwide parties appeared to us to all simply merge into one long smokey and noisy chance to set off fireworks or fly a kite. Unbeknown to us the day of our flight north was also the start of the Pongal festival in Tamil Nadu. Pongal is a four day harvest festival and nobody we asked could agree on the exact dates but you couldn’t miss the start of it. The night before Bhogi Pongal, the first day of the festivities, residents gather up their ‘useless items’ such as old clothes and furniture and copies of the Highway Code and burn them outside their house. Fine if you live in a little hamlet in rural India, not so fine when seemingly every one of the 4.6 million residents of Chennai decides to do it all at the same time on a lovely windless evening. I was woken in the early hours of the morning after the ritual burning, unaware of the events that had taken place, by a text message from IndiGo, our domestic airline, saying that due to smoke our flight was delayed by about an hour. Not having given it much thought until then I said “the flight is delayed because of smoke apparently. Its weird though, it really does actually smell smokey, don’t you think?” to an uninterested Fiona, still dozing next to me covered entirely in a thin scarf that was being used as a makeshift mosquito net. I left my overly firm bed, sending bottles of Jungle Formula clattering to the floor, and went to the window to see what was happening. Drawing the curtains and peering out between the bars the scene before me was reminiscent of how I imagine a dust storm on the surface of Mars might look. Visibility was about 2 metres and the tiny amount of light that managed to filter through to ground level was a subdued orange. Think of the thickest fog you’ve ever seen and then imagine looking at it through a red filter. Completely dumfounded I remember thinking “how can there possibly be so much smoke” and “if this happens every year, and causes so much chaos, then why don’t they stop it?”. I’d rarely seen anything so apocalyptic in my whole life.

Annoyed at the possibility of further delays to our flights we packed our bags and waited in the street for our pre-booked taxi, literally choking on the acrid smoke swirling around us, hoping that further out of the city next to the airport the miasma might have dissipated a bit. The taxi arrived and the teenage driver enjoyed complaining about the smoke and then told us how he too had burned some of his things the night before. As we travelled along the weirdly empty roads towards the edge of the city we realised that we were completely wrong about the air clearing as the airport loomed out of the smoke like a great secret kingdom of chaos ready to test the patience of even the most placid person. Everyone was delayed and everyone was angry. The cacophony of car horns reached a whole new level of annoyance to our already frazzled nerves and made finding the correct end of one of the many mutating queues nearly impossible. I could be generalising here but, in our experience, Indian people don’t like queuing and are really, really not very good at it. There were about 20 lines at one end slowly tapering down to just 2 lines staffed by one ticket-checking soldier per line. Needless to say it took just as long to get into the airport as it did to get out of it the day we arrived. Once inside things weren’t much better as we realised too late that by choosing IndiGo airlines for our internal flight we had inadvertently chosen one of the least reliable modes of transport known to man. We knew this because local people would gleefully explain at great length how it was a big mistake choosing IndiGo and how they used to be great but now they are the worst of the worst. Good news for us then.

The optimistic ground staff were 100% certain that the flight would be leaving just an hour late but I was sceptical when I saw that every single flight due to depart before ours was still on the ground. The hour passed and the time was updated by another hour, and then another, and another. We had to move gates, and then move back again. We were given free lunches, but nobody knew so nobody ate them. The clock ticked incessantly forward, the free wifi had run out hours ago and the numbers of passengers in the waiting area had swelled to breaking point. All of a sudden an IndiGo rep appeared a few gates away. Some of us made our move to try and get information about our flights and in an Attenborough-esque scene she turned like a startled gazelle to face the advancing hordes of angry lions and actually ran away. Having no prey the lions then went back to the shade of their trees and waited, again. Then, 8 hours after our original scheduled departure time, a group had gathered at the far end of the concourse. Was this our flight perhaps? How could we be sure, there was no gate announcement? The departure board still said it was this gate, not that one? In fact it was our flight, but nobody would tell you, you just had to make the assumption, such was the way of things here.  As we boarded the flight to Hyderabad, where we were forced to stay the night in a 1-star hotel laid on by the airline because we would now miss our connection, insult was added to injury when we all had to walk through a lovely hand printed archway emblazoned with the words Pongalo Pongal – Happy Pongal festival! 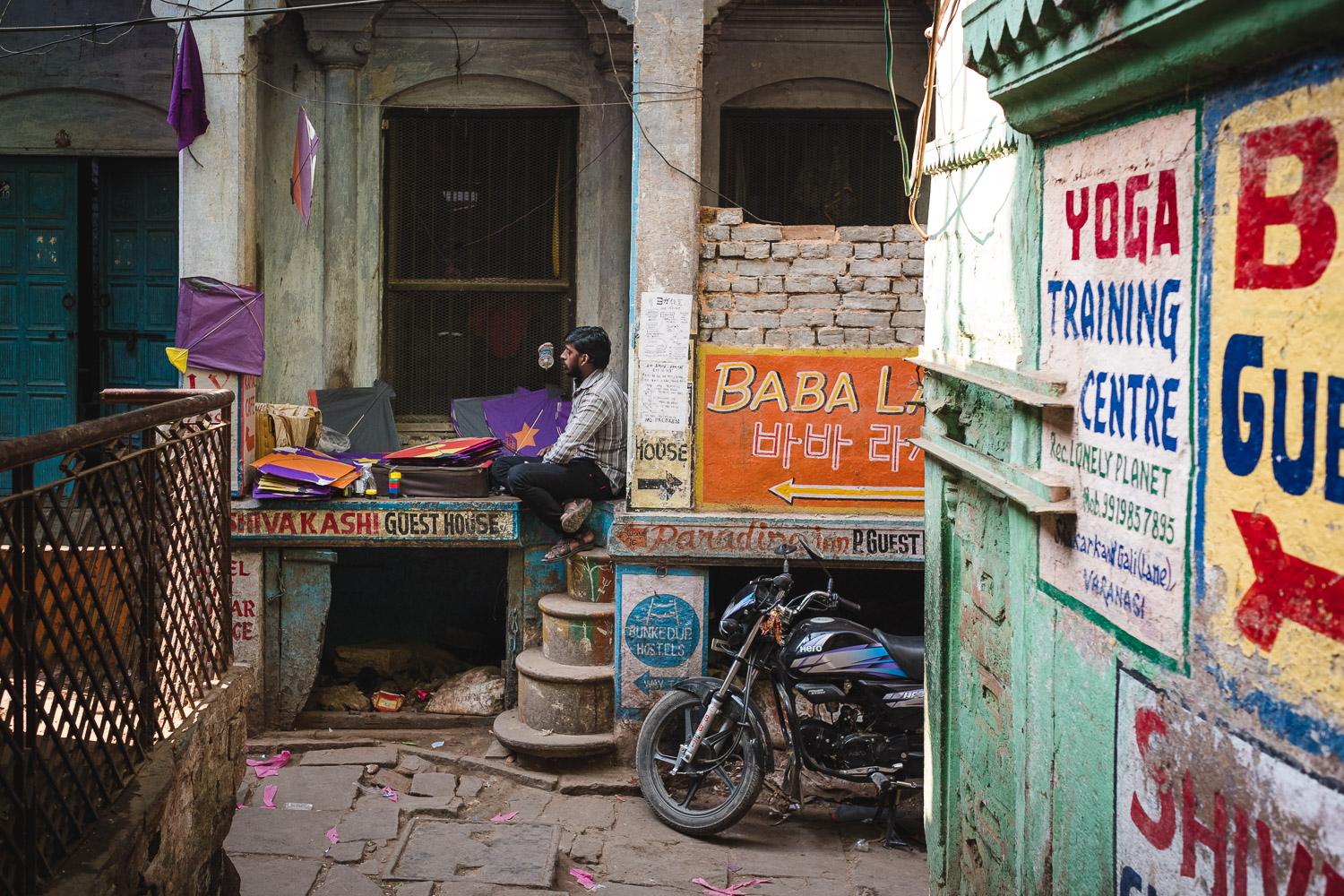 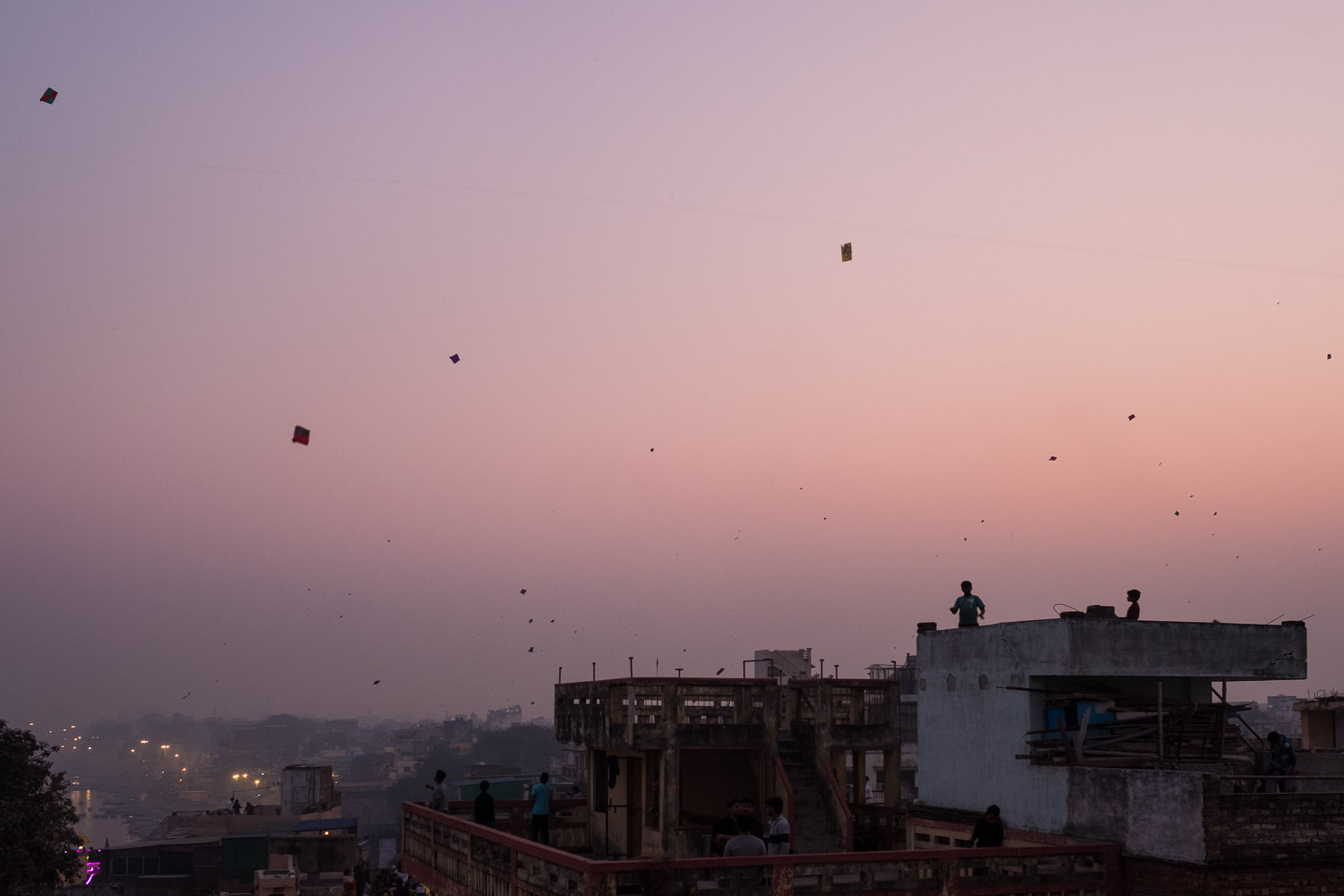 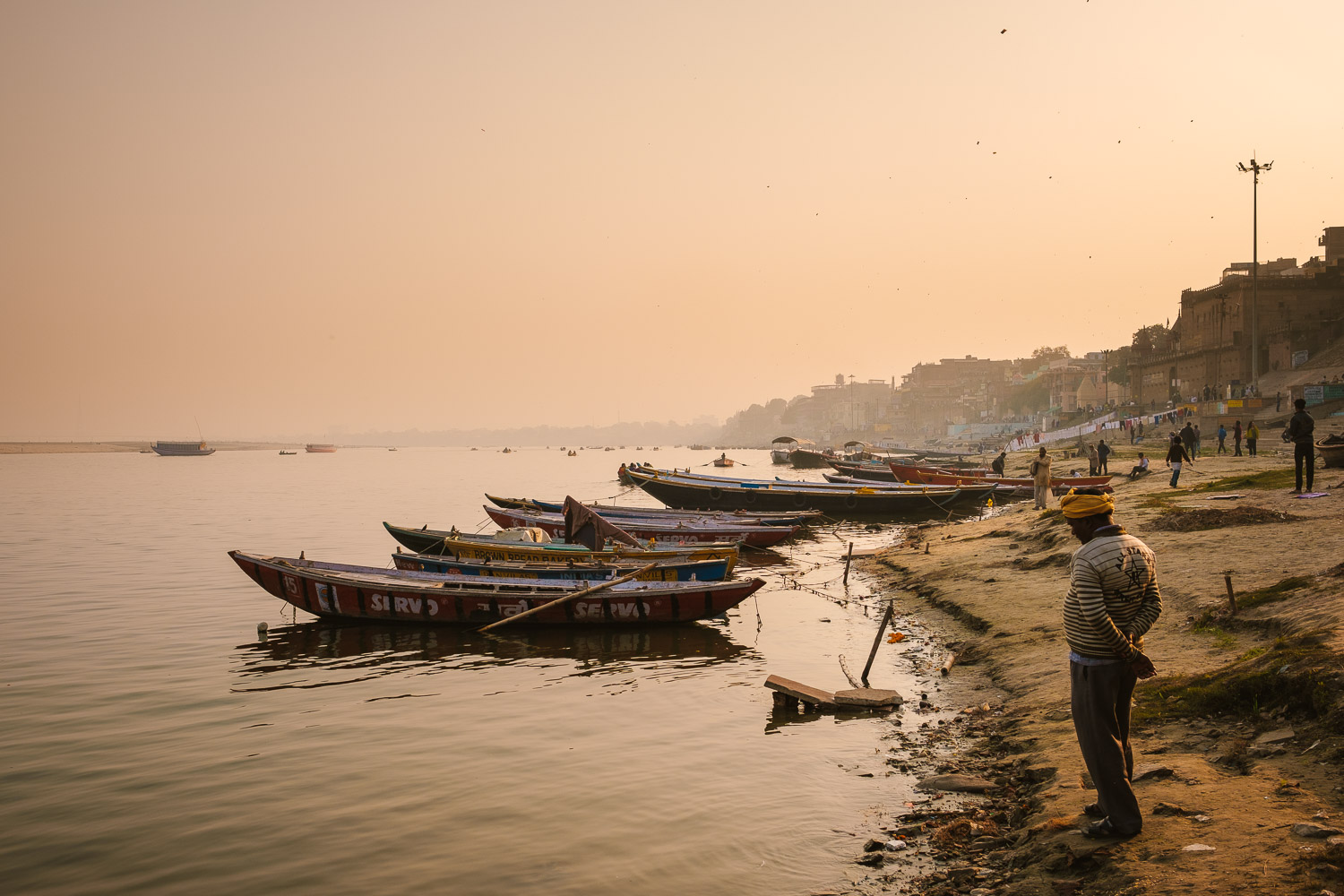 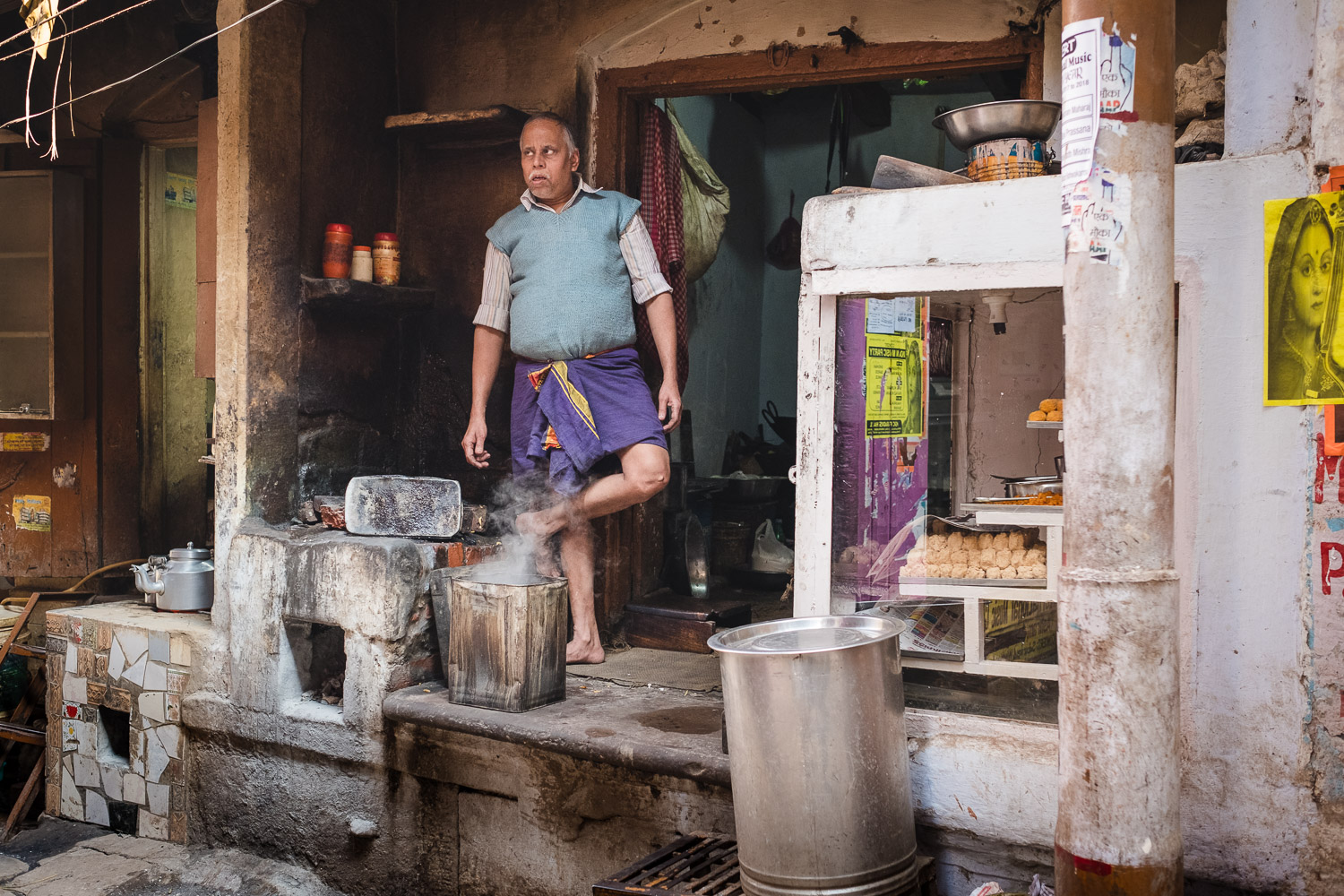 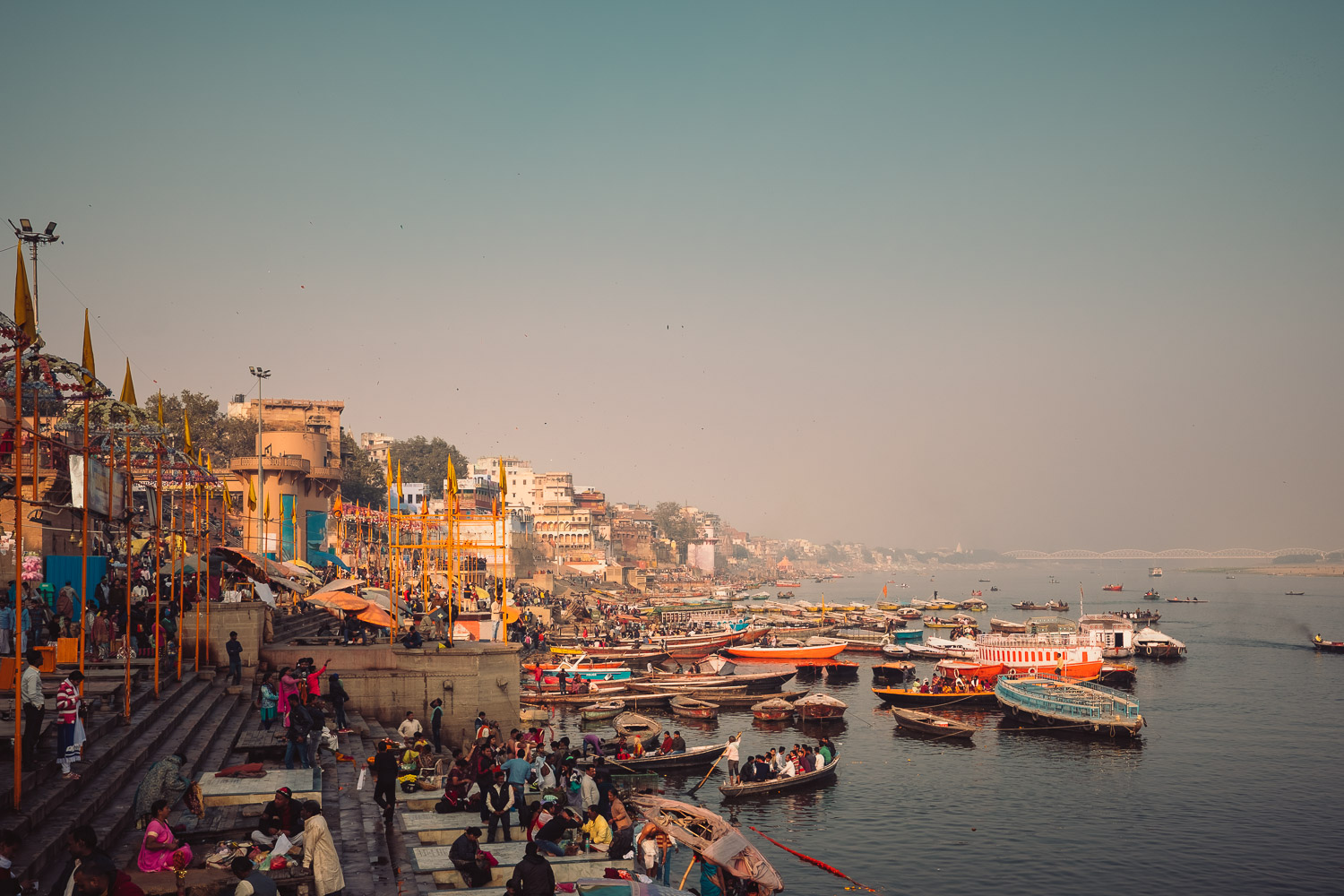 Bigger Photographs are Better
Scroll to top
Manage Cookie Consent
To provide the best experiences, we use technologies like cookies to store and/or access device information. Consenting to these technologies will allow us to process data such as browsing behavior or unique IDs on this site. Not consenting or withdrawing consent, may adversely affect certain features and functions.
Manage options Manage services Manage vendors Read more about these purposes
View preferences
{title} {title} {title}